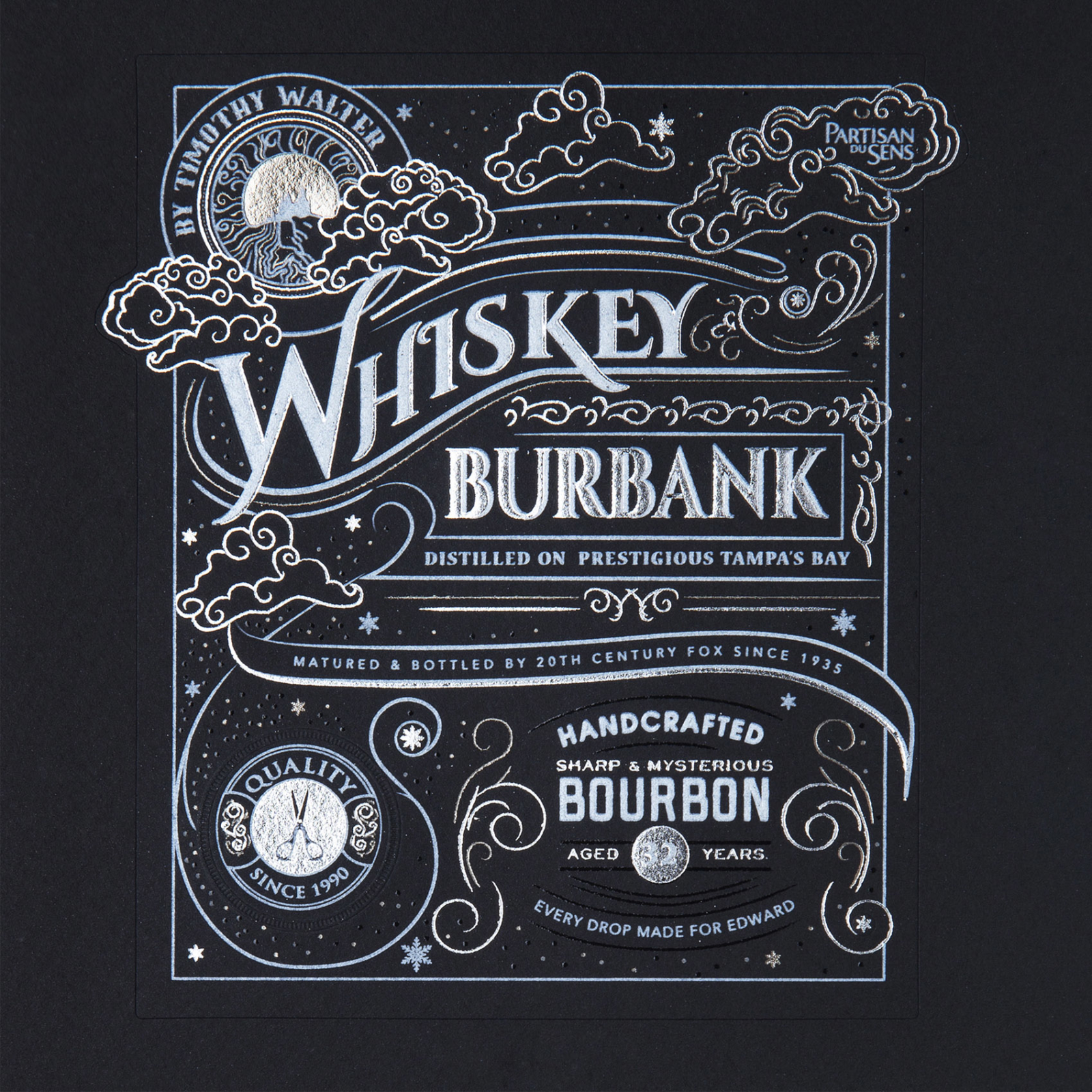 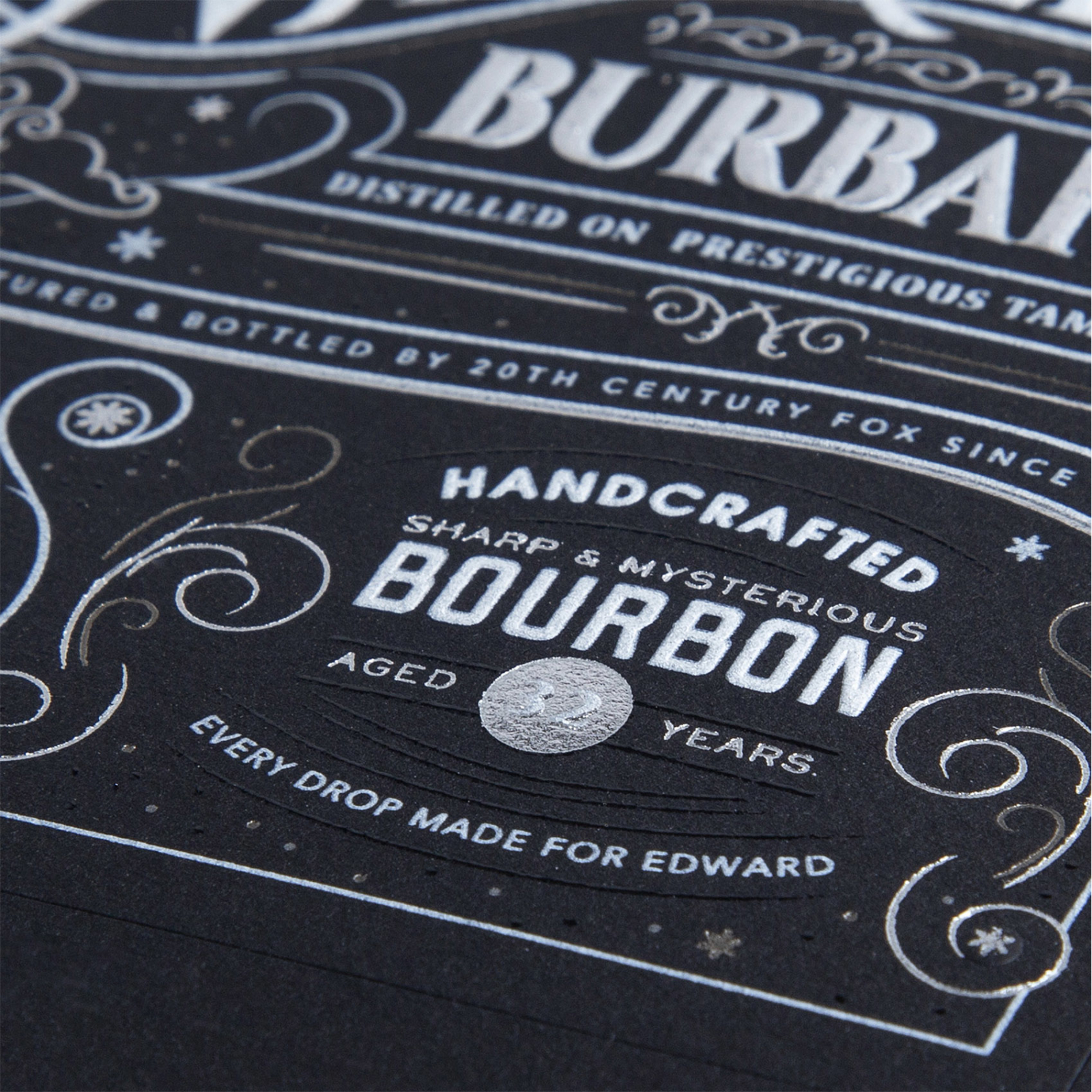 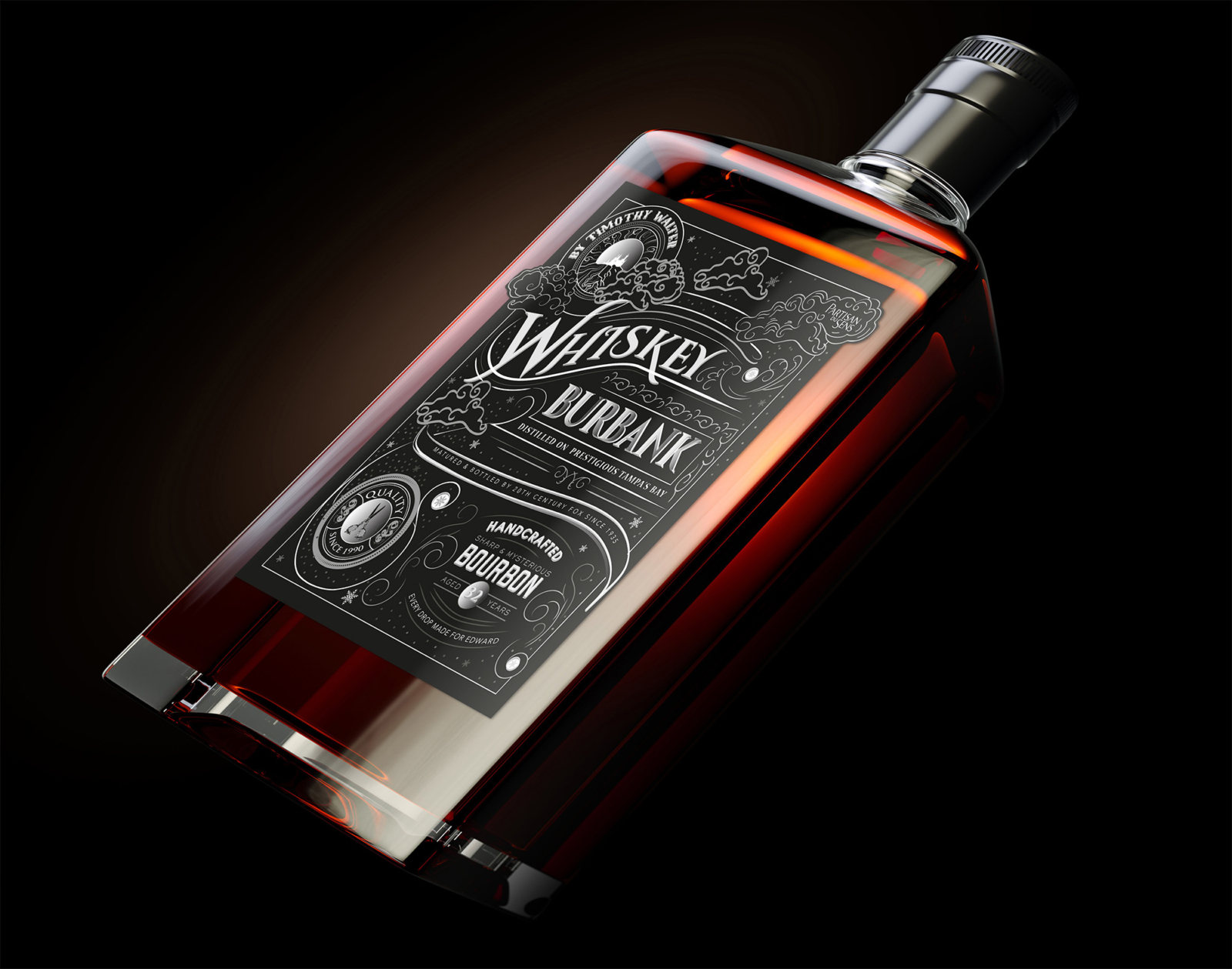 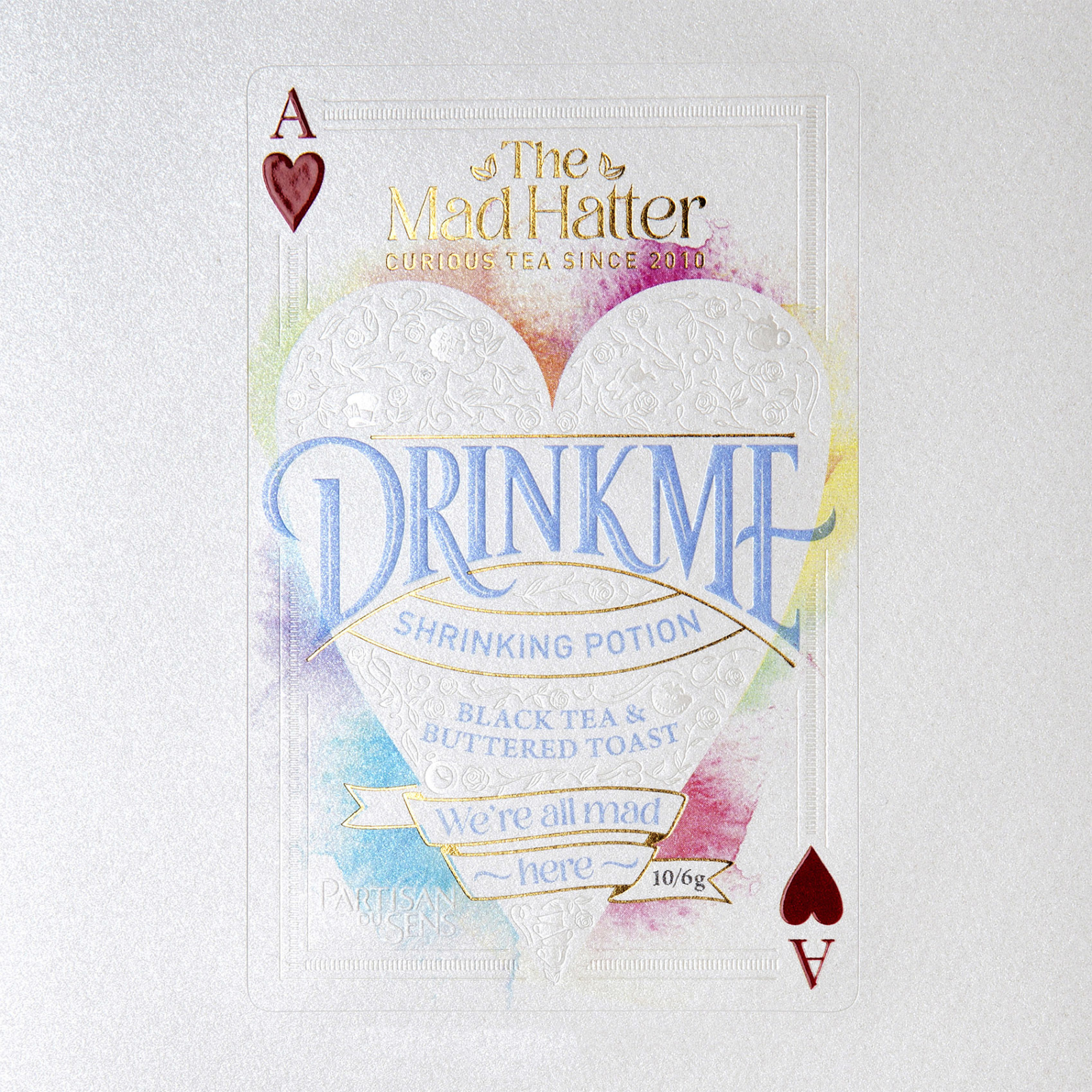 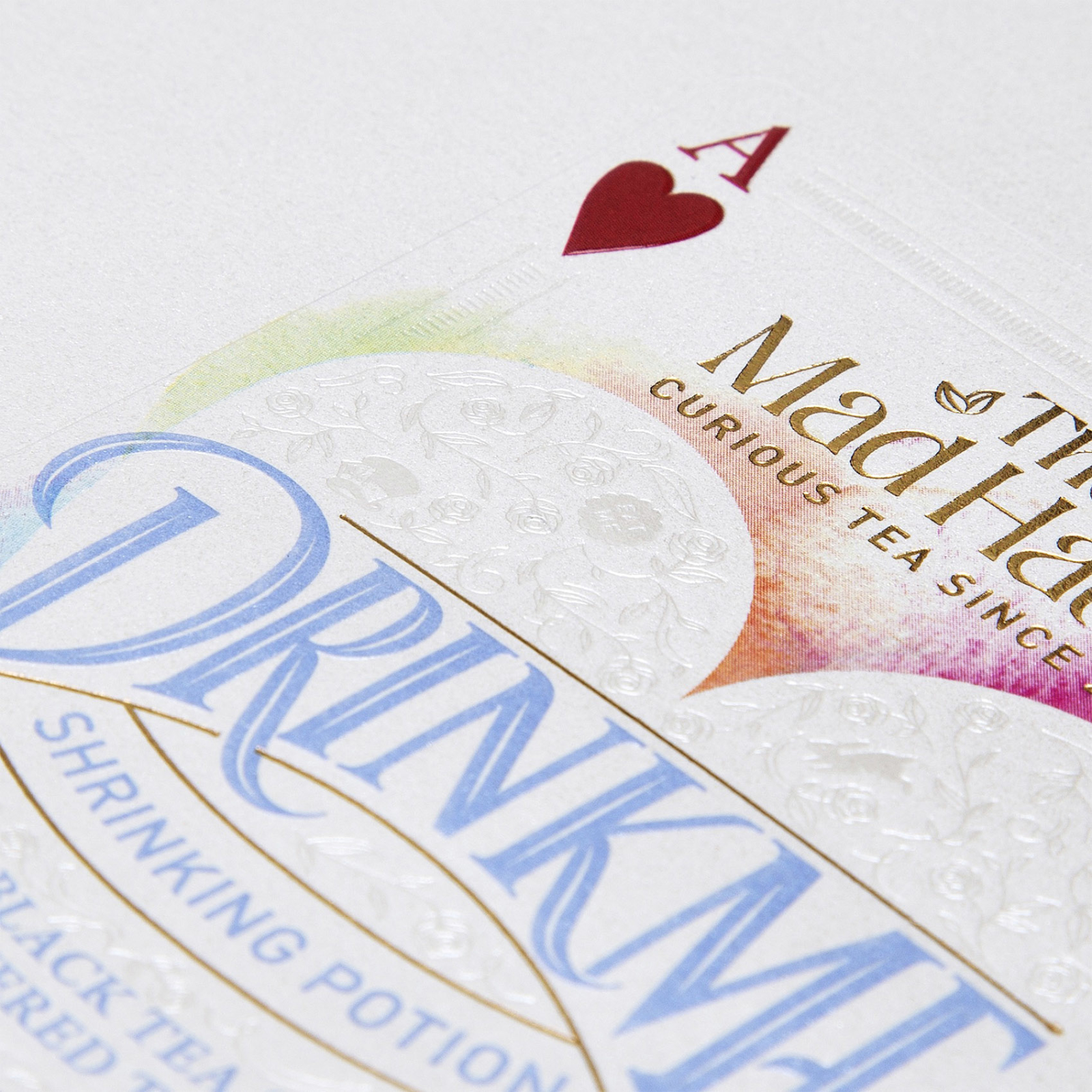 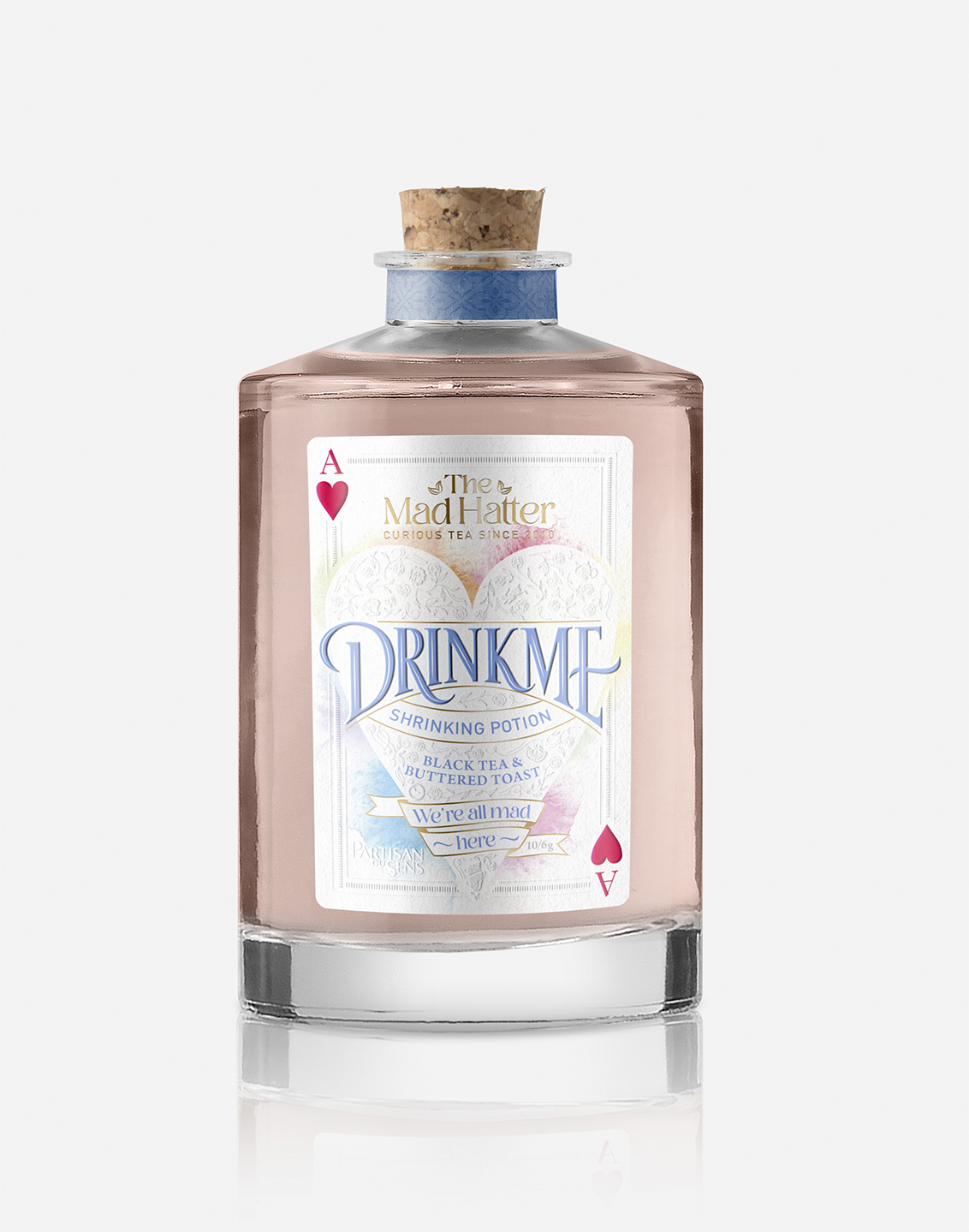 When a design agency meets a papermaker, it’s a high-quality and flamboyant collaboration taking shape. For the end of 2020, Art Convert, a subsidiary of Fedrigoni, asked the agency to promote two of its new paper mills (Cotone Nero and Tintoretto Pearl) through the theme of our choice.

From the creation of a brand, its stylistic elements and a fictional product, this free choice has finally plunged us into the universe of a crazy and creative director: Tim Burton!

Timothy Walter Burton, known as Tim Burton, is an American director, writer and producer born in 1958 in Burbank, California. He is famous for his limitless imagination and his fantastic and dark tastes. Often featuring one or more unusual characters and away from society, Tim Burton has an incomparable ability to tell stories which make us dive into his multiple universes.

Edward Scissorhands is one of the first movies and also the one which that will reveal the great producer to the world. Thinking that this fantastic drama is its most personal work, he will develop topics such as rejection, discovery of ourselves and confrontation between fantasy and conformism.

To pay tribute to the univers of the movie, Partisan du Sens created a label for an imaginary firm “Timothy Walter” and its really singular “Whiskey Burbank”, little allusion to the native city of the film-maker. A drink with character, dry and sharp, as qualified on the bottle, coming from a production highly qualitative and traditional.

Distilled and bottled by 20th Century Fox fictitiously located in Tampa, Burbank Whiskey is 32 years old, as Tim Burton was when the movie launched in 1990.

For this unique creation, Partisan du Sens has used an inspiration paper Cotone Nero Felt to highlight the contrast light and dark. If the paper shows the dramatic and deep dark universe of Burton, the creation displays a bright spirit with some different whites, hot stamping silver and polish, to spotlight the mentions and graphic details significant to the overall readability.

This way we can observe the delicate castle of Edward, isolated in the clouds in the absolute referential obscurity, the snowflakes brings light to the creation and reminds the key moments of the movie along with the emblem of the brand, the scissors, that endorse this high quality production.

His rerun of Alice in Wonderland out in 2010 has had quite the success. Inspired by the novel of Lewis Caroll, the movie brings us back to the cartoon from our sweet childhood.

With a pearly and shiny paper like the Tintorreto Pearl H+O, Partisan du Sens agency has chosen the Alice’s universe to create a very special product directly inspired from the movie !

Here was born the new collection of infused tea “Drink me” produced by the very secretive and audacious imaginary brand “The Mad hatter”, host of the well-known tea time.

More than just a tea collection with curious and surprising taste (The recipe of the tea is made from buttered toast which is the same flavor as the “real” shrinking potion of the movie). The primary packaging goes with the label to give a look & feel of a mysterious potion and highlighting to the imaginary benefit of the product; making you smaller.

For this creation, the agency wanted to show all the fairy and fantasy but also all of the main characters of the movie: Alice and the iconic blue of her dress, the Red Queen with the card format of the ace of hearts, the Mad Hatter by the name of the brand, the grams 10/6 of the tea for its mythic hat and the associated claim “We’re all mad here !” …

… But also the overall common thread of the story of the hero where there is mugs, teapots, rabbit, hat, etc… ; a creation highlighted by some discreet goffering, polish and intaglio, reminding subtly this new odd unique world.